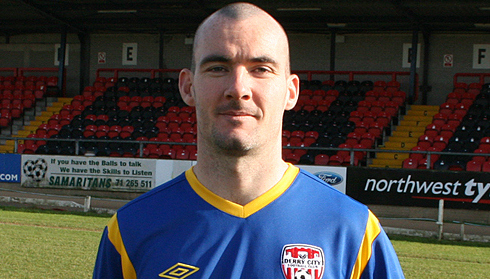 Gerard Doherty has finalised a new two year deal with Derry City committing his immediate future to the club.

The 34 year olds contract was up at the end of the season and despite interest from the likes of Irish League side Cliftonville, Doherty has made the decision to stay at the Brandywell.

Doherty becomes the seventh player on the Derry books for next season and is new manager Kenny Shiels' fourth signing since taking over, following Ryan Mc Bride, Aaron Barry and Conor Mc Cormick.

Derry play Institue tonight in a friendly game at the Brandywell, neither Doherty or McCormack are expected to feature in a Derry side which will be mainly made up of their u19 squad (Kick Off 7pm).

June 18, 2021
The Joe Bonner Road linking Port Road and Neil T Blaney Road in Letterkenny will officially open this afternoon at 2.30. Initially, it will be...