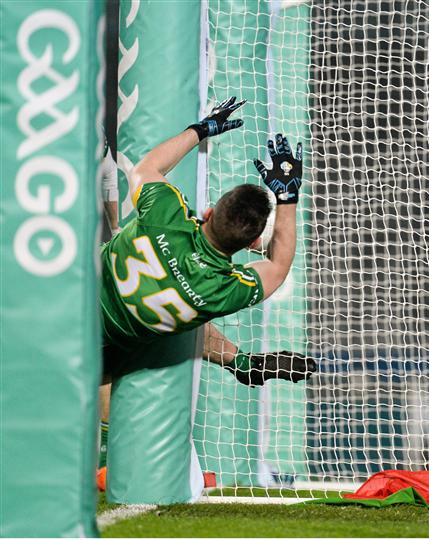 Donegal and Kilcar's Patrick McBrearty collided with the post as he palmed the ball into the net in the  second quarter of the Ireland v Australia International Rules match in Croke Park last night.

McBrearty was immediately substituted and taken to hospital for a scan with a suspected kidney-related injury. However he was released later that night.

Referee Joe McQuillan awarded a penalty for pushing  that was converted by Monaghan's Conor McManus.

Despite a big second half push from the Australians, Ireland held on to win the game 56-52 and reclaim the Cormac McAnallen Cup.

The Tyrone trio of Niall Morgan (goals), Peter Harte and Mattie Donnelly (outfield) were ever present during the game.