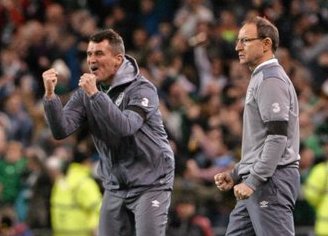 Ireland will find out their Euro 2016 opponents on Saturday December 12th when the draw is made.

It's likely we'll be in pot 4 meaning we can't be drawn against Northern Ireland or Wales however it is possible to get England.

The passage to France was secured with last nights play-off second leg 2-0 win over Bosnia Herzegovina at the Aviva giving us a 3-1 victory on aggregate .