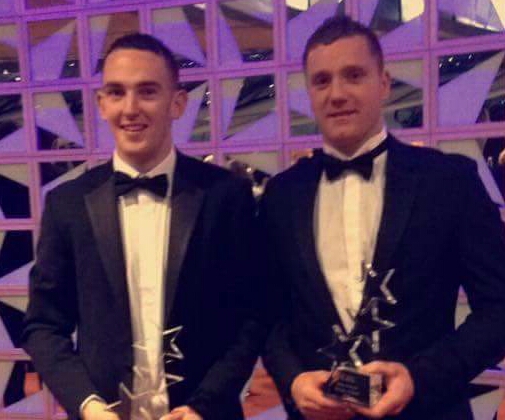 Donegal's Ronan McDermott and Jamesie Donnelly received their Champions 15 awards on Friday Night at the All Stars ceremony in Dublin.

The duo were among the Nicky Rackard  recipients alongside Tyrone pair Damien Casey and Dermot Begley.

Donegal and Tyrone lost at the semi final stage to Armagh and eventual winners Roscommon.

Derry lost out to Kerry in the Christy Ring Final and three of the oak leaf players, Sean McCullagh, Ruairi Convery and Conor Quinn also received their Champion 15 Christy Ring awards at the Convention Centre.