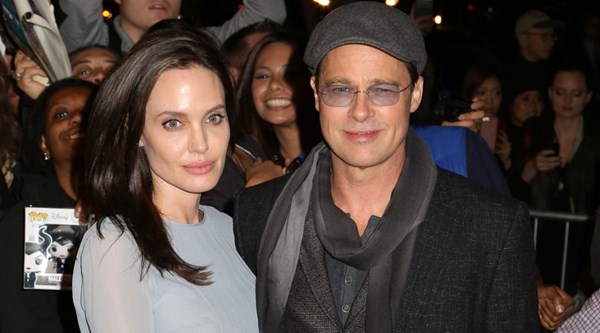 Angelina Jolie has revealed how her official marriage to Brad Pitt took place at her desk in her California office in the “most unceremonial way”.

The couple enjoyed a beautiful ceremony at their Chateau Miraval castle and vineyard in the South of France in August 2014, with drawings from their six children adorning Angelina’s wedding gown.

But it turns out that the legal aspect of the marriage was more “casual”, as Angelina told the New York Times.

She said: “The ceremony was in France, but we had to do things legally in California. One day I was in the edit room, and [Brad] was doing something and an assistant said, ‘You have to sign some papers’.

“So we came back and between meetings we were told, ‘Here’s your licence’. Then someone said, ‘The judge is outside’.

“We both said, ‘What do you mean, the judge is outside?’ Then the judge came in, this lovely guy, and at some point, Brad said, ‘Shouldn’t we be standing up?’ The judge said, ‘No’.”

The Oscar-winning actress, who was working on her new film By The Sea at the time, continued: “Then suddenly we realised we were married, in the most unceremonial way possible.”

Angelina – who was honoured by the Wall Street Journal Magazine with the prize for entertainment/film innovator – said signing the joint adoption papers for their children Maddox and Zahara was more poignant.

“For me, the big moment was when (we) signed the papers for Maddox and Zahara. That was a decision to parent together, to commit to being a part of each other’s lives for the rest of my life. So [marriage] wasn’t close in comparison,” she explained.

Angelina – who has starred in films such as Maleficent, Salt and Wanted – also opened up about the Sony hacking saga, which unearthed scathing e-mails about her from former Sony co-chairwoman Amy Pascal and producer Scott Rudin.

“Honestly, my first instinct was that I was worried about Amy. I had someone call her and ask if she was OK. Not because I’m a saint, but because I think we have to look at the bigger picture. She’s got kids. I knew it was going to unravel for her.”

Angelina – who will be reunited on the big screen with Brad, whom she met on the set of action thriller Mr And Mrs Smith, in By The Sea – said there has to be more female directors in Hollywood.

“I’m the first female director that Brad’s ever worked with. That doesn’t seem right when you think about it,” she said.