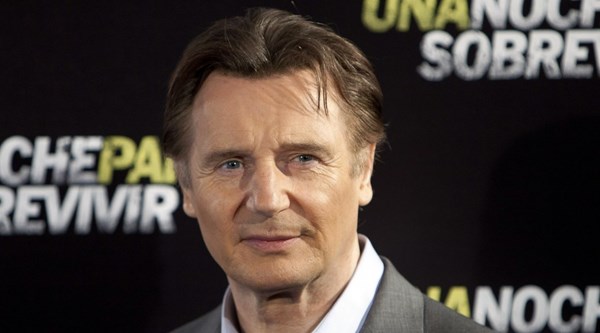 Liam Neeson has urged film fans to set their cynicism aside and get behind a festive movie made by and for children.

The one-time Oscar nominee narrates A Christmas Star, a movie made by the Cinemagic children’s charity, which brings together talented youngsters, some from deprived backgrounds, from across Ireland and further afield.

“The older we get, we can get very, very cynical,” Neeson said.

“It’s just nice for this time of year, I’m talking about Christmas, to be reminded that there’s this little bit of magic in the air. You know, cinema can certainly create that.”

The feature film is Cinemagic’s biggest project to date and includes more than 40 trainee crew aged 18-25 and a handful of cast whittled down from the 5,000 who auditioned for parts.

Premiering in Belfast tomorrow, it tells the story of Noelle, a spirited youngster who embarks on a magical journey to save her friends and family.

Born in dramatic circumstances under the Christmas Star, she believes she has the gift to perform strange miracles and teams up with a misfit gang of local kids to save her village from conniving developer McKerrod before they lose faith, leaving her to battle alone.

The film sees Noelle take the fight to save her town to the politicians in Stormont.

With Neeson’s distinctive voice setting the scene, the film also boasts Pierce Brosnan and Suranne Jones among the cast and includes cameos from Kylie Minogue and a guest appearance by Dermot O’Leary.

Speaking from New York, where he is working on another project, Neeson took time out to promote the film in his role as patron of the Cinemagic charity.

“Cinema does break down barriers, I have seen it,” the Ballymena native said.

“I’ve seen kids from the Lower Bronx, inner-city Dublin, on these Cinemagic two-week courses… their communication skills improve, their literacy skills in school improve. It’s all a win-win situation.”