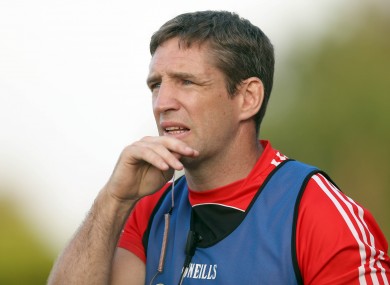 Kieran McGeeney has taken over as manager of the Armagh Under-21s.

The former All Ireland winning captain, who's also the Orchard County's senior manager has replaced his former team-mate, Stevie McDonnell.

At senior level McGeeney is to be assisted by former Louth boss Aidan O'Rourke in 2016 after O'Rourke had been in charge of the Armagh minors last season.