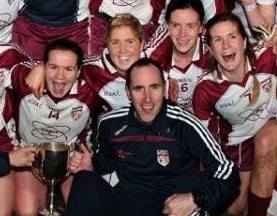 Francie Friel has stepped down as Termon ladies manager after three seasons in charge.

He made the decision following Termon's defeat in the Ulster Final last weekend to Donaghmoyne.

In 2014, Friel guided his side to the All Ireland Senior Club title where they beat Mourneabbey in the final in Galway.

In all, they won the six competitions they entered last year, including the All Ireland Gaeltachta and the Ulster Championship.

Francie was also a nominee for the vacant Donegal senior ladies managers position but he has withdraw from that race, confirming his name will not be going forward.