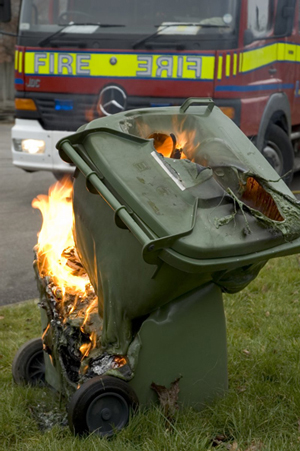 It's emerged that wheelie bins were set alight and placed against the back doors of two terraced houses in Newtowncunningham at the weekend.

Cllr Paul Canning says the incident happened in the early hours of Saturday morning in the Colehill Housing Estate.

Cllr Canning says there were elderly people in both houses, and a young baby in one of them.

He described the incident as "madness", particularly given the recent tragedy in Carrickmines in Dublin.

As Halloween approaches, he says parents need to be more vigilant, and to warn their children about the dangers of fire.

Gardai are investigating, and are appealing to the public for information, with Cllr Canning saying the person or persons that carried out this act could've been facing murder charges today............