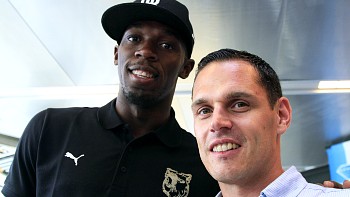 Donegal’s Ricky Simms has been named on an IAAF working group that will oversee the re-structuring of one day international athletic meets.

Seb Coe, who was recently elected President of the International Association has put together a group of key directors, administrators and athletes’ agents to take on the task.

Milford man Simms is a director of PACE management, who look after some of the top athletes in world, including the fastest man on the planet, Usian Bolt.

The group will be headed by Rajne Soderberg, former Meeting Director of the IAAF Diamond League meeting in Stockholm and a member of the IAAF Competition Commission.