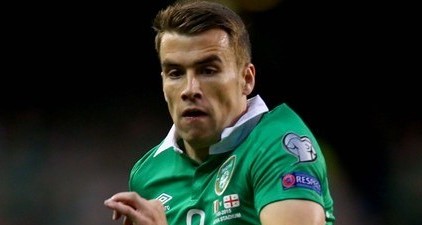 The nominees for the 2015 PFA Ireland player of the year awards were announced today.

Seamus Coleman, Robbie Brady and Wes Hoolahan are in the running for the Overseas Player of the Year.

The Killybegs man and the Norwich pair have been nominated after playing a key role in Ireland's ongoing efforts to qualify for the Euro 2016 Finals.

The manager of the year nominees will be announced after the FAI Cup Final between Cork City and Dundalk on Sunday 8 November 2015.

The prestigious PFA Ireland Awards will take place on Friday 20 November 2015 in Dublin.