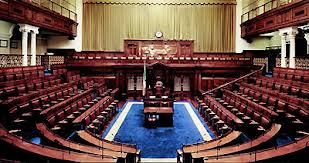 Speaking in the Dail, Donegal Deputy Padraig MacLouchlainn urged Francis Fitzegerald to adopt that recomendation contained in a report on crime commisioned by British-Irish Parliamentary Assembly.

Deputy Mac Lochlainn says however that there needs to be a more dedicated focus on cross border crime..........