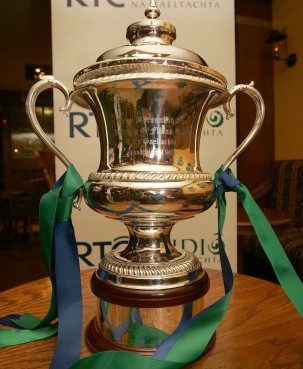 St Eunan's and Noamh Conaill will be putting the final touches to their plans for Sunday's Donegal Senior Championship Final.

Naomh Conaill have twice won the Dr Maguire Cup, in 2005 and 2010, but lost their last final appearance in 2012 to the Letterkenny club.

The Glenties/Fintown side have had Leo McLoone fully focused on club football this year following his sabbatical from the county set up for most of the season.

The Naomh Conaill captain has been looking ahead to Sunday's big decider with Tom Comack...

The 2015 Donegal Senior Championship Final between St. Eunan's and Naomh Conaill will be LIVE on Highland Sunday Sport with Oisin Kelly and Martin Mc Hugh in association with Brian Mc Cormick's Intersport Letterkenny. Throw In 4pm.