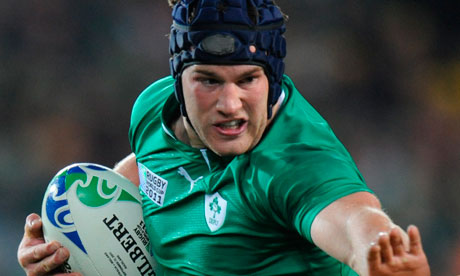 It's reported this morning that the IRFU are considering an appeal of Sean O'Brien's ban for this Sunday's quarter final with Argentina.

The Carlow man was banned for one match after being found guilty of striking Pascal Pape with an initial two week ban reduced due to his good disciplinary record.

The Puma's will be without centre Marcelo Bosch who was found guilty of a dangerous tackle against Namibia last Sunday.

An update is expected from the Irish amp today on the fitness of Johnny Sexton, who looks set to be given the all-clear from a groin injury.

The camp could do with a boost following the losses of Paul O'Connell , Peter O'Mahony and Jared Payne through injury.