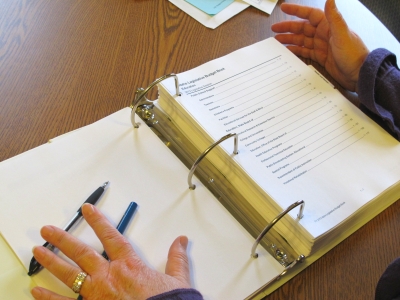 Minister for Public Expenditure and Reform Brendan Howlin has concluded his Budget 2016 address to the Dail. You can also scroll down for the key points from the Minister for Finance Michael Noonan.

The Emergency Aeromedical Service to be put on a permanent footing

Health budget of 13.2 billion next year "restores resourcing to health to pre-crisis levels"

The welfare christmas bonus cut by previous government, restored to 25 per cent last year will be 75 per cent this year

All pension payments to go up 3 euro a week from January 1, first increase since 2009

3 million being provided to develop afterschool in school buildings

Minister Howlin confirms National Minimum Wage will be increased to 9.15 an hour from January 1st.

A series of cuts to the Universal Social Charge and a tax credit for self employed are some of the main measures announced so far in Budget 2016.

Michael Noonan this afternoon delivered this Government's last budget before the general election.

He's promised the threshold at which people pay USC will rise to 13,000 euro, that means an additional 1,000 euro per year for most middle income earners and will remove 42,500 people from paying USC completly.

Mr Noonan has also announced PRSI changes for the lower paid meaning more net cash for those on the minimum wage - he's also promised an increase to the home carer tax credit of 190 euro bringing it to one thousand euro.

The Finance Minister has signaled an extensive childcare package will be announced later by Minister Brendan Howlin - this is expected to include two weeks paid paternal leave, a second free pre-school year, and a 5 euro increase in the children's allowance

The key announcements in the Budget are listed below:

Plans to introduce first OECD compliant KDB in the world and income that qualifies will be subject to reduced corporation tax rate of 6.25 per cent

Cuts in charges to businesses who accept debit card payments, saving these businesses 36 million a year, warns must be passed onto consumers in lower prices

Extension of the general stock relief, stock relief for young farmers and stamp duty exemption for young trained farmers to be extended to end 2018 (further 3 years)

9 per cent VAT rate remains on hospitality sector, but warns case for hotel sector is Dublin is diminishing

Remaining 0.15 per cent pension fund levy will end this year and will not be applied in 2016

Postponing the local property tax revaluation date from 2016 to 2019

Increasing threshold for Group A (transfers between parents and children) from 225,000 to 280,000

Increase to the home carer tax credit of 190 euro bringing it to 1,000

USC changes bring marginal tax rate to 49.5 per cent for all earners under 70,044 euro

Around 42,500 workers will be removed from paying USC completely

NOONAN: Top priority of budget is to keep recovery going, the recovery is not complete