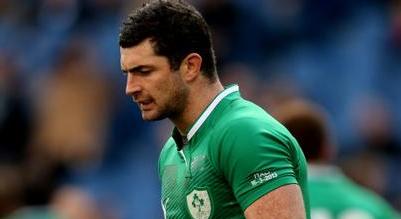 Jared Payne and Simon Zebo are the notable absentees from the Ireland side that faces France in Cardiff on Sunday.

Payne misses out through a combination of his foot injury and the form of Keith Earls who will partner Robbie Henshaw in the centre.

Rob Kearney does return at full-back, and there's no place in the matchday 23 for Simon Zebo.

In the pack, Devin Toner comes in for Iain Henderson in the second row.

The team in full sees a back three of Rob Kearney, Tommy Bowe and Dave Kearney, with Henshaw and Earls in the centre.

There's a front three of Cian Healy, Rory Best and Mike Ross, with Toner and captain Paul O'Connell in the second row.