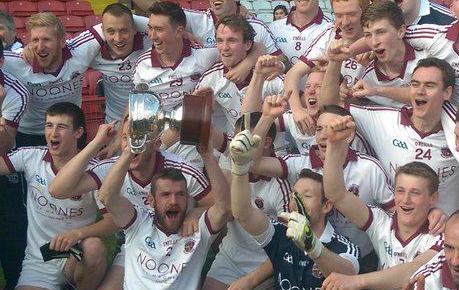 Slaughtneil scored a unique treble on Sunday at Celtic Park.

The club won the Derry Senior Championship beating Coleraine to lift the John Mc Laughlin Cup for the third time, and back to back titles for the defending county champions.

Add the senior hurling and camogie titles, and Slaughtneil have achieved a treble which no other club in Ulster has done.

The next phase for the senior men is to defend their Ulster crown which starts in a few weeks against the Fermanagh winners.