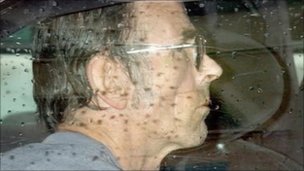 Convicted child killer Robert Howard - who was acquitted of the murder of Castlederg teenager Arlene Arkinson - has died in Frankland Prison in Durham, England.

The 71-year-old had been serving a life sentence for the rape and murder of south London teenager Hannah Williams. He died on Friday.

His death is being investigated by the independent Prisons and Probation Ombudsman, a movwe being described by the Prison Service in the UK as "routine".

Howard was the only suspect ever connected to 15 year old Arlene Arkinson, who has been missing, presumed murdered, since August 1994.

She was last seen travelling to a disco in Bundoran.

Her body has never been found.