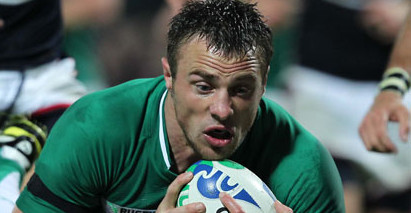 Keith Earls and Robbie Henshaw have been paired in the Ireland midfield for Sunday's meeting with Italy at the Olympic stadium.

Tommy Bowe and Dave Kearney are on the wings with Simon Zebo at full back and Sexton and Murray in the half backs.

Jack Mc Grath gets the nod ahead of Cian Healy in the front row along with Rory Best and Mike Ross.

Iain Henderson and Paul O'Connell are in the second row with O'Mahony, O'Brien and Heaslip in the back row.

Oisin Langan has the team details...