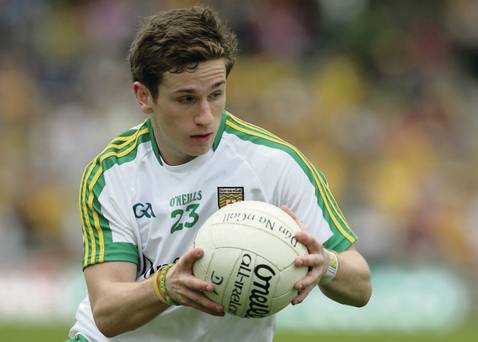 Donegal player, Darach O'Connor is facing up to nine months on the sidelines after it was confirmed he has suffered a cruciate injury

According to this morning's Dongal News, the Buncranan clubman will go for surgery on the injury in the next couple of weeks but he faces a real battle to make it back in time for the 2016 championship.

O'Connor was also seen as a vital part of the Donegal under 21 team, a season which would have been his fourth successive u21 campaign.

He has had difficult year with injury, making just one senior appearance in 2015 and that was in the Ulster Final lose to Monaghan.