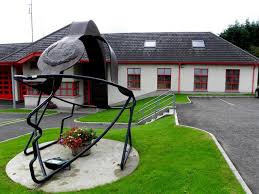 Calls have been made once again to give fire fighters in Donegal permission to act as first responders in the event of an emergency.

Donegal Deputy Pádraig Mac Lochlainn has raised the issue with Health Minister, Leo Varadkar and the Ambulance Service following discussions with fire fighters across the county.

Deputy Mac Lochlainn says the Health Minister was open to the idea as are fire fighters:

He says if the fire service was allowed to act as an emergency back up to the Ambulance Service, it would undoubtedly save lives in Donegal.......