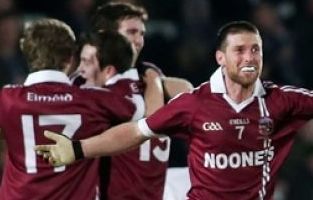 Slaughtneil and Coleraine will face off in this year's Derry Senior Championship decider after both clubs won their semi finals in front of over 4'000 at Owenbeg.

In the first semi final, Eoghan Rua, Coleraine came from three points down at half time to beat Ballinderry 0-15 to 1-8.

It's only a second ever senior final for Coleraine who won the title in 2010.

It's also the first time since 2009 that the Derry senior final will not feature Ballinderry.

In the second game, defending champions Slaughtneil defeated Bellagh with a 13 point hammering of the record holders.

The beaten All Ireland finalists from last year put in an impressive performance to win 2-16 to 1-6.

It's a third final in four years for Slaughtneil.

This years final will be played on Sunday 4th October in Celtic Park at 3.30pm