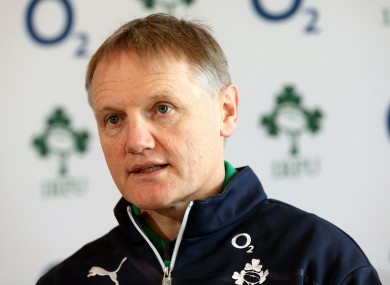 Robbie Henshaw is not in the Ireland squad for Sundays meeting with Romania in Wembley.

The Connacht centre will be the only player not to feature in a match day squad so far.

The team itself see's Simon Zebo at full back with Tommy Bowe and Keith Earls on the wings and Jared Payne and Darren Cave in the centre.

Ian Madigan starts at out half with Eoin Reddan at scrum half.

Cian Healy, Richardt Strauss and Nathan White are the front three with Devin Toner and Donncha Ryan in the second row.

The back row is made up of Jordi Murphy, Chris Henry and Jamie Heaslip

Henshaw, Sexton and Henderson are not included but coach Joe Schmidt says they are fit...