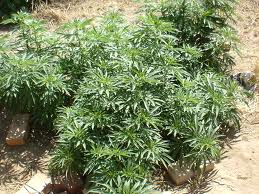 Two men, aged 33 and 34, were arrested over the weekend in connection with the discovery of five cannabis factories across the North.

The arrests happened in Newry and Portadown, with the men being questioned about cannabis factories discovered over the past year in Carrickmore, Millisle, Magherafelt, Cookstown and Portadown.

Police say this is part of Operation Solaro, a cross border initiative which has been underway for over a year.