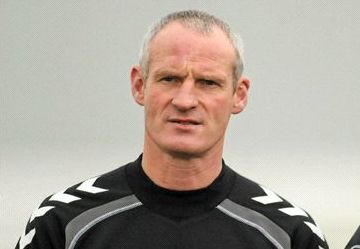 Just two days after taking on the role as Caretaker Manager of Derry City, Paul Hegarty guided the Candystrips to a much needed three points against Shamrock Rovers.

Dean Jarvis scored the games only goal sixteen minutes from time to give Derry a much needed win in the battle to stay above the relegation zone.

City's goalkeeper Gerard Doherty gave a man of the match display with a string of excellent saves to keep Rovers out.

After the game Martin Holmes got reaction from Paul Hegarty.