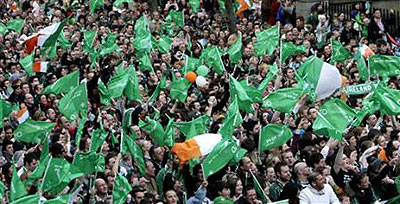 Ireland got their World Cup campaign off to a winning start as they ran out 50 points to 7 winners over Canada, with Joe Schmidt's side scoring seven tries.

Ian Henderson, Sean O'Brien, Jonathon Sexton and Dave Kearney put Ireland in a commanding position in the first half.