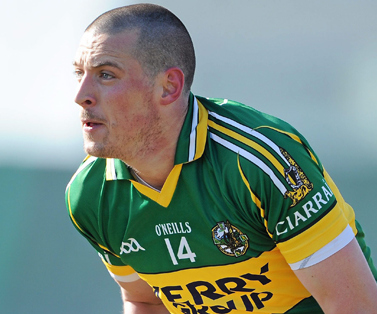 That's because Eamonn Fitzmaurice has decided to opt for Paul Geaney in place of team captain Kieran Donaghy at full forward.

There are also two big changes in the full back line, with Fionn Fitzgerald and Aidan O'Mahony in for Paul Murphy and Marc Ó Sé.

O'Se did pick up a hamstring injury last week - but there are suggestions he might not have made the starting 15 anyway.

The Dublin team will be named later on today.