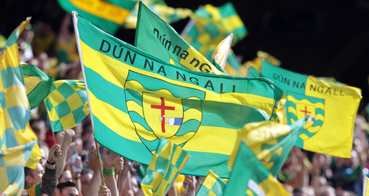 The CCC have confirmed the details of the 2015 Donegal Senior Football Championship semi finals.

The second semi final between Naomh Conaill and Kilcar will be also played at MacCumhaill Park on Sunday 27th September, throw in 3.30pm.

Both semi finals will be LIVE on Highland in association with Brian McCormicks Intersport Letterkenny.