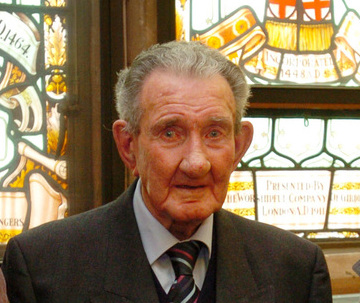 Derry footballing legend, Eddie Davis passed away last week at the age of 96.

In the 1930's Eddie played for several cross channel clubs and then scouted for some of the big sides in England and Scotland.

After a spell with Cork he went to play for Wolves and Southend United before returning to Derry when the war broke out.

Well known sports broadcaster Rickie Kelly spoke to Kenny Harkin on Saturday Sport about the life and career of one of Derry's greats.