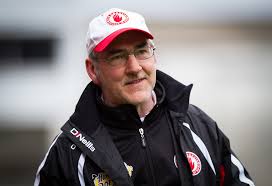 Mickey Harte could find out on Tuesday of this week whether he is to remain as Tyrone manager.

Harte has made it clear that he wants to stay on for a 14th season in charge of the Red Hands.
But for the first time since he took over late in 2002, he does not have an extension arrangement in place with the county board.

The board is due to meet this evening at Garvaghey, with the county football and hurling management posts high on the agenda.

Treble All-Ireland winning boss Harte is expected to be given the go-ahead for another term in charge.

After suffering relegation and an early exit from the Ulster Championship this year, Tyrone staged a storming run through the Qualifiers and reached the All-Ireland semi-final, where they lost to Kerry in a game they could have won had they been more clinical in front of goal.

The All-Ireland winning U21 management team of Feargal Logan, Brian Dooher and Peter Canavan is likely to be reappointed.

September 27, 2021
Gardai have confirmed that they continue to investigate a number of recent incidents at Letterkenny University Hospital with a senior investigating officer appointment to...