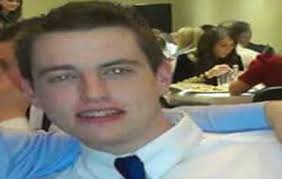 A post-mortem is due to be carried out this morning on the body of Conall Kerrigan.

The body of the 25 year old was discovered in the area of Bank Place in the city at around 10.20pm on Sunday evening.

Detectives investigating his sudden death are making an appeal to the public.

They say until the cause has been determined, his death is being treated as 'unexplained' and the circumstances leading up to the discovery of his body are being examined by police.

Police are keen to gather as much information as possible about Conall's movements in the period after he left the Metro Bar early on Sunday morning.

They would particularly like to hear from anyone who was in the Bank Place or Foyle Street areas between 2.15am and 2.45am on Sunday morning.
Detectives can be contacted at Strand Road Police Station by calling 101.