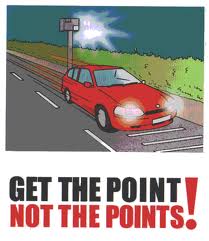 Road Safety Group PARC says it would strongly oppose the introduction of driver training courses instead of penalty points for those caught speeding for the first time.

Under proposals being developed by the Road Safety Authority, drivers caught breaking speed limits for the first time may be ordered to undertake intensive training instead of receiving penalty points.

PARC is very much against the idea - Donegal based Chairperson of the group Susan Gray says it is not the way forward: