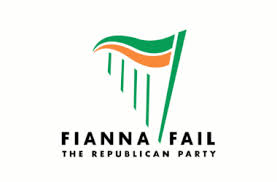 Fianna Fail's selection convention will be held in the Clanree Hotel, Letterkenny on Sunday 4th October at 3pm.

Nomination papers will be sent out to all voting members on Tuesday 25th August and the process will close on Friday 4th September.

Over 1,000 members of the party in Donegal will select candidates using the One Member One Vote system as a democratic process.

In order to secure nomination to contest the convention, candidates must receive a minimum of five nominations each.

When these have been secured, the candidate is then entitled to stand before the members at convention.

The party says that all interested members are encouraged to put their name forward and seek nomination.

The contest will be to see who runs in the election along side sitting TD Charlie McConologue with Pat the Cope Gallagher widely tipped to attempt to return the national political stage. He has already been endorsed by party leader Michael Martin.