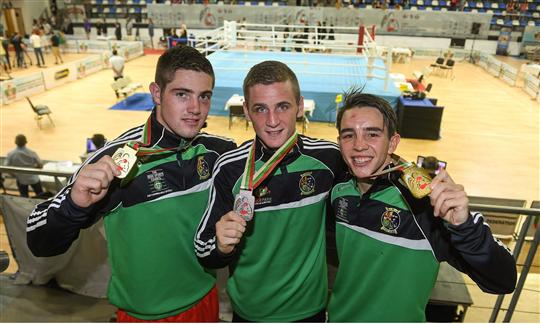 Ireland's European gold medallists are due back into Dublin airport at around 5pm today.

Both Joe Ward and Michael Conlan won gold at the European Elite Championships in Bulgaria yesterday.

Combined with Dean Walsh’s bronze medal win and Adam Nolan finishing in the top six, four further places were claimed for the World Championships in Samokov.

It was a successful first major tournament as Ireland Manager for Peter O'Donnell.

The Raphoe man spoke with Oisin Kelly earlier as the team made there way back to Ireland...