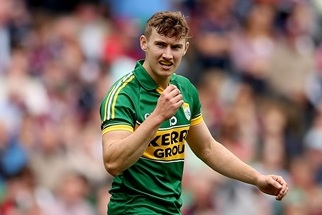 James O'Donoghue has emerged as a doubt for Kerry's all Ireland semi final with Tyrone on Sunday 23rd August.

The player of the year from last year has a shoulder injury.

O’Donoghue dislocated his shoulder for the second time in the Kildare win and has yet to resume contact training.

The Legion man had corrective surgery on the shoulder last year.

Michael Geaney is definitely out for the Kingdom with a back injury.

Tyrone's Joe Mc Mahon is to undergo surgery on a hernia problem this weekend and has almost certainly been ruled out of the Kerry game.