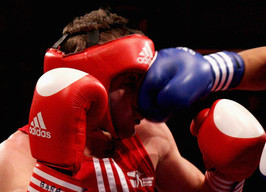 The team is being led by Donegal’s Peter O’Donnell.

The Raphoe man has taken senior sides to tournaments before but never to a major championship.

Peter had a team in Finland earlier this year where Ireland came back with six medals.

London 2012 Olympian Darren O’Neill, a silver medallist at the 2010 European Elite Championships in Moscow, will captain Team Ireland at the championships which start this Friday 7th August.

The top six boxers in each weight class in Bulgaria will advance to the World Championships in Qatar in October, which is also a qualifier for the Rio Olympics in 2016.