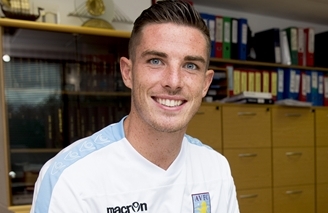 Villa Manager Tim Sherwood says Clark wears his heart on his sleeve and was unfortunate with injuries last season but he looks sharp and they want to keep him fit.

The 25-year-old defender who has family in Milford, has become a key member of the first-team since coming through the club's youth system.

The Irishman admits it has provided him with a massive boost on the eve of the new Premier League campaign.

He said on the club website: "I'm absolutely thrilled to sign a new contract. I've been at Aston Villa since I was a kid and I want to continue to play for this fantastic football club.

"Everyone is looking forward to the new season and I'm delighted to be going into the opening game on Saturday knowing my long-term future has been sorted."