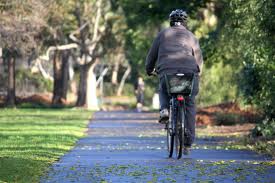 Police are appealing for information following an incident that occurred in the Ballyarnett Road/Racecourse Road area of Derry on the afternoon of Friday 24 July.

Police received the report on Monday 27 July that a cyclist, a man aged in his 50s, was pushed off his bicycle by a passenger in a passing car. The car is believed to have driven on in the direction of Muff.

Constable Brian Walsh said: “Anyone who can help identify the driver or occupants of the vehicle is asked to contact Strand Road Police Station on the non emergency number 101, quoting reference number 794 of 27/07/15.”

The cyclist believes that this incident may have been recorded and has since been posted on social media.