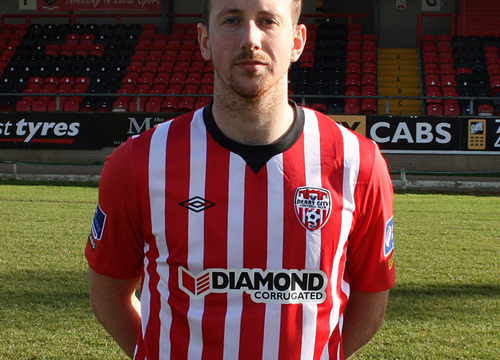 Shane made 24 appearances for Derry City this season.

He resigned from Derry City last night and should his registration go through in time, McEleney will be in the squad for Pat's Premier Division meeting with Galway tomorrow.

In a statement Derry City thanked him for his quality and professionalism during his time with Derry City and wished him all the best as he moves on with his future.

The 24-year-old earned a regular first team spot during the 2010 season. Despite spending most of his youth career as midfielder, Stephen Kenny converted the player to a centre-back.

The defender was part of the sides which swept to the First Division title in 2010 and the FAI Cup success in 2012.

Shane has appeared at various underage levels up to U-21 for the Republic of Ireland, appearing at times with his younger brother Patrick.