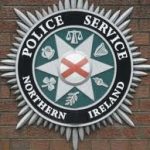 Police in Derry are appealing for information about an assault incident in the Foyle Springs area of the city.

The incident took place at around 6pm yesterday evening.

Police received a report of an altercation involving two men at Glenside Gardens.

One sustained a number of injuries, including a gash to the back of his head.

A woman who was at the scene later reported to police that she too had been assaulted.

One man was arrested; however, police remain keen to speak to anyone who saw the incident.