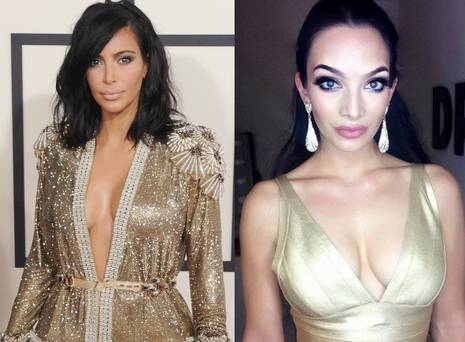 Model Shahira Barry, a girl from Athenry, is the woman of the moment right about now as she was asked to be Kim Kardashian's stand in for an E! ad yesterday. Not only was she testing the lighting and positions for Kim in the promo, she also went through the motions for Kylie, Kendall, Khloe, the lot of them. Were they nice? Well you'll be happy to hear that they're JUST like they are on TV.

Now that she's literally stood in the Kardashian's shoes, everyone wants to speak to her. We were just earwigging on a conversation she had with Anton Savage, and - for those fact fans - she has a lot more strings to her bow than checking the lighting for a KUWTK ad.

Firstly, she trained to be a primary school teacher, before the bright lights of LA beckoned. She's done videos with Bruno Mars (she was only in Uptown Funk), Selena Gomez, Chris Brown, and French Montana. She's also been in True Detective, and Ted 2... And, no, she doesn't have a novel in the works.