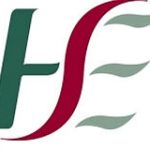 The HSE has confirmed that the overnight NoW DOC service in Derrybeg will be curtailed for a two week period beginning next Monday.

Changes to the service are being considered, including the suspension of the 'Red-Eye' shifts in Derrybeg and Carndonagh.

An analysis of call activity and response times is underway in Donegal, and as part of that review, the HSE says a two week live test period will allow the proposed changes to be tested in real time.

The HSE, General Practitioners and Caredoc are engaged in further discussions regarding the future organisation and delivery of Out of Hours GP services in Co Donegal. All parties to these discussions are committed to assuring the public and service users that services will continue to be provided in a safe and responsive manner.

It has been agreed that the review process, will be extended to analyse call activity and response time data until the end of August 2015. The review period will also incorporate a two week live test period, (starting on Monday 3rd of August) which will allow the proposed changes to be tested in real time with a full compliment of staff and GPs operating from each centre for the duration of the test period. This approach will ensure that the proposed changes can be tested and evaluated without risk or inconvenience to our patients. It is envisaged that the GP clinical lead will then make a formal recommendation, on any proposed changes by the end of August 2015.