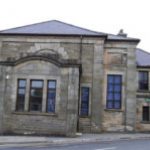 A Beretta “over and under” double-barrel shotgun was produced before a judge in court today so he could decide if it could be fired.

The firearm was produced before Judge Kevin Kilrane when detective Paul McHugh was asked if it was usable when he found it in the boot of a car in Co. Donegal driven by a former hotel boss from Northern Ireland.

Donegal District Court heard that the gun was stolen along with two others in a burglary in Northern Ireland.

Detective McHugh told the court there was no cartridge in the gun when he discovered it at Trumman West, Laghey. He said it was usable, although somewhat rusty.

The detective said later tests by the Garda ballistics section showed the gun was capable of being fired.

Farmer Paul Roohan, 40-year-old former owner of the Carlton Hotel in Belleek, Co. Fermanagh, denied having a stolen gun but he pleaded guilty to having an unlicensed weapon.

The prosecution agreed to withdraw the charge of possession of a stolen gun when the court heard he was not aware it was stolen. He pleaded guilty to possession of an unlicensed weapon on February 9, 2014.

The judge said Roohan wasn’t co-operative with gardai and failed to keep an appointment with the detective. He had also been told there was an attempted assault on the detective but there were no further details.

Defence counsel Peter Nolan told the court that Roohan was bankrupt, and had lost his hotel and farm. He had suffered serious cognitive impairment as a result of an assault in 2007.

Roohan, with an address at Ballymaghagran, Belleek, was fined €500.