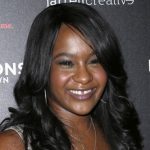 The brief, chaotic life of Bobbi Kristina Brown was never really her own.

Born and raised in the shadow of fame and litigation, shattered by the loss of her mother, Whitney Houston, she was overwhelmed by the achievements and demons of others before she could begin to figure out who she was.
Her demise was the most awful inheritance of all.

The 22-year-old – the sole heir of her mother’s estate – did have dreams.

She identified herself on Twitter as “Daughter of Queen WH,” “Entertainer/Actress” with William Morris & Co, and “LAST of a dying breed”.

She told Oprah Winfrey shortly after her mother’s death in 2012 that she wanted to carry on her legacy by singing, acting and dancing, but her career never took off.
Actor and producer Tyler Perry said she had a future as an actress after her debut on his TV show For Better Or Worse in 2012, but she only appeared in one episode.

Aside from two ill-fated reality TV shows and the occasional paparazzi video, her image mostly showed up in the “selfies” she posted online.

She attended award shows and appeared on red carpets with her mother and her father, singer Bobby Brown.

She performed a duet on TV with her mother in 2009, singing My Love Is Your Love in New York’s Central Park. She became a social media sensation, sending more than 11,000 tweets and attracting 164,000 followers.
But Whitney, known as “America’s Sweetheart,” was an impossible act to follow.

The late singer sold more than 50 million records in the United States alone during her career. Her voice, an ideal blend of power, grace and beauty, made classics out of songs like Saving All My Love For You, I Will Always Love You and The Greatest Love Of All.

She earned six Grammys and starred in the films The Bodyguard and The Preacher’s Wife.

Bobby Brown had a bad-boy image but also became a huge star, selling platinum records with New Edition and going solo before drugs and legal problems derailed his career.