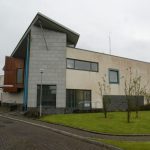 Two men have appeared in court following a garda seizure of cannabis plants and cannabis herb worth €2 million.

The men, both Chinese nationals aged 41 and 40, were charged at Carrick-on-Shannon District Court last night with possession for sale and supply and cultivation of the drugs.

The offences were said to have been committed last Thursday at Carrickboy, Ballyshannon.

Both men were remanded in custody to appear again at Carrick-on-Shannon court on Tuesday.

The court appearances followed a raid on a disused warehouse when gardai seized 1,857 cannabis plants worth an estimated €1.4 million and 30 kilos of cannabis herb worth another €600,000.