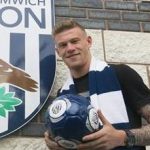 A man who caused almost £1,000 worth of damage to James McClean’s Maserati car has received a suspended sentence.

Aaron Sean Dalton assaulted the premiership footballer’s father outside his Creggan home during the incident.

Derry Magistrates Court heard the 28-year-old kicked the Maserati and caused damage to a tail light.

Mr McClean's father, who was looking after the car, went out to intervene and Dalton ran at him.

The 28-year-old punched Mr McClean but no injury was sustained.

The tail light cost £945 to repair and the prosecution sought a compensation order for the full amount.

During police interview Dalton denied causing damage to the car.

Defence counsel Nicola Coulter said there was a 'bit of history' to the incident and 'bad blood' between her client and the injured party.

However, she told the court the 28-year-old expressed remorse when he realised who owns the car, as he 'holds him in high regard'.

The barrister said there was no justification for her clients behaviour and he is sorry for it.

She added that the £945 compensation sought would be 'beyond his means'.