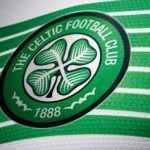 It could be a big night for Dundalk who host BATE Borisov in the Champions league second qualifying round second leg at Oriel Park.

The Louth men are 2-1 down going into the tie and know a 1-0 win will be enough to secure them a spot in the next phase and earn the club at least 1.2 million euro.

It's been revealed that Ed Sheerans tour manager has requested two tickets for the match however he's unlikely to show up for the 7.45 kick off.

Celtic are also in second qualifying round action tonight.

The Hoops are away to Stjarnan of Iceland and hold a 2-0 lead going into the game which starts at quarter past eight.

Assistant manager John Collins says that they can't allow complacency to creep in...