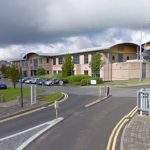 330 new jobs are to be created by Pramerica in Letterkenny over the next three years.

Pramerica, which came to Donegal almost 16 years ago, currently employs 1,200, and could potentially expand that to 1,800 with the capacity of a new three building facility which was recently granted plannning permission by Donegal County Council.

The first of two construction phases are expected to begin by the end of this year and completed by summer 2017. Occupancy of the 135,000-square-foot facility is scheduled to open in mid-2016.

LETTERKENNY, CO. DONEGAL, IRELAND – Minister for Jobs Richard Bruton TD today announced plans by Pramerica Systems Ireland to expand its operation in Donegal creating 330 new jobs over the next three years, with potential for further growth in the longer term. The company will build a new, state-of-the-art, eco-friendly office campus near its current location in Letterkenny, County Donegal to accommodate the expansion. Pramerica is a professional shared services and technology subsidiary of U.S.-based Prudential Financial, Inc. (PFI).

“Pramerica is delighted that we have reached this historic milestone just 15 short years since we launched our business in Letterkenny with eight employees,” said Caroline Faulkner, senior managing director and chief information officer at Pramerica Systems Ireland. “With Ireland’s rich pipeline of talent and favourable work environment, now is the ideal time for us to make an investment in a new campus facility.”

The new site is approximately one kilometre from Pramerica’s existing facility in Windy Hall, within the same business park. The first of two construction phases will begin during Q4 of 2015 and will be completed by summer 2017. Occupancy of the 135,000-square-foot facility, which could eventually accommodate up to 1,800 staff members, is tentatively scheduled to open in mid-2016.

“We currently employ more than 1,200 people who are dispersed in four buildings. The new facility will bring them together in a single location,” Faulkner said.  “In addition, it will give us the space we need to bring on approximately 330 new staff members over the next three years. The new job opportunities will include senior IT managers, project managers, business analysts, data scientists, actuaries, accountants and a wide range of technology support and professional services roles.

Taoiseach Enda Kenny: "I'm delighted to welcome the creation of 330 new jobs by Pramerica Systems Ireland in Letterkenny. This is a major jobs boost for both Donegal and the North West region of Ireland. The Government is determined that the jobs recovery is felt in every part of Ireland. To this end, we are currently publishing a series of regional Action Plan for Jobs to boost local job creation. Pramerica is a fantastic employer in Donegal and I'm delighted that Government could support these jobs through IDA Ireland."

Speaking on site in Pramerica Donegal, Minister for Jobs Richard Bruton TD, who has met senior Pramerica executives on a recent USA trade mission said: “Jobs are growing right across the country, and unemployment is falling in every region – however the performance is better in some regions than in others. That is why we are putting in place regional jobs strategies, to accelerate job-creation in every region of the country. Over 800 extra jobs have been created in Donegal in the last 4 years in companies supported by my Department – however we must do more. Today’s announcement that Pramerica, a huge employer in Letterkenny and  a world-leading company in its field, is creating over 300 extra jobs with the capacity to double that over the coming years, is a massive boost for Donegal and the entire North West. This shows clearly what is possible through our regional jobs plans. I wish Caroline and the team every success with this project”.

Construction of Pramerica’s new business campus and the expansion of its business are being conducted with the support of the IDA, the Donegal County Council and the Irish government. “IDA Ireland has been working with Pramerica since they first came to Donegal in 2000. Over that time, Pramerica has built up a sizeable workforce here in Ireland. This is testament to the quality of management and employees they have found here. Working with companies to locate in regional areas, like Donegal, is a central part of our investment strategy. This new expansion will enable Pramerica to become one of the largest regional employers in Ireland,” said Martin Shanahan, CEO at IDA Ireland.

The new campus will offer parking for more than 1,000 vehicles, landscaped and green areas for staff recreation and many other amenities. The building will incorporate green technologies for electricity generation and rain water harvesting to reduce its overall impact on the environment. The construction project will be managed by Pramerica and delivered by Extraspace Solutions in a modular fashion to shorten construction time, improve building performance and reduce construction costs.

“We’re extremely proud of Pramerica’s success and growth and the leadership role it plays in the local community,” said Barbara Koster, senior vice president and chief information officer at PFI.  “Especially noteworthy is the new El Paso business and technology solutions center that is modeled after Pramerica. We’re confident that under Pramerica’s guidance, our El Paso office will have the same success.”

Pramerica employees provide about 7,000 hours of volunteer service each year to local charitable organizations. Pramerica sponsors the Spirit of Community Programme honoring youth volunteers, partners with several educational and technology institutions and has a unique link with Mulroy College through the Schools’ Business Partnership.

Further details of new job opportunities at Pramerica, Letterkenny, Donegal can be found at www.pramerica.ie

The IDA is Ireland’s inward investment promotion agency.  It is a non-commercial, semi-state body promoting foreign direct investment in Ireland through a wide range of services. The IDA partners with potential and existing investors to help them establish or expand their operations in Ireland.

Pramerica is a software and contact centre subsidiary of U.S.-based Prudential Financial, Inc. [NYSE:PRU] that provides technology and operations services for PFI businesses in the United States.  PFI is a financial services leader with more than $1 trillion of assets under management as of March 31, 2015, has operations in the United States, Asia, Europe, and Latin America. Prudential’s diverse and talented employees are committed to helping individual and institutional customers grow and protect their wealth through a variety of products and services, including life insurance, annuities, retirement-related services, mutual funds and investment management. In the U.S., Prudential’s iconic Rock symbol has stood for strength, stability, expertise and innovation for more than a century.

“I am delighted to welcome today’s announcement by Pramerica Systems Ireland Limited, the Minister for Jobs, Enterprise and Innovation, Richard Bruton TD, and IDA Ireland, that the company will be investing in a new campus facility in Letterkenny, with the expectation of recruiting approx. 330 new jobs. Donegal County Council has granted planning permission for four, three storey office blocks on a 7.8 hectares IDA site in the IDA Business and Technology Park at Carnamuggagh.

“This decision by Pramerica highlights the company’s commitment to Donegal and the North West Region. Pramerica’s facility currently employs 1,200 people and has been present in Donegal for nearly 16 years. The company may eventually expand to 1,800 with the capacity of the new facility. The first of two construction phases are expected to begin by the end of this year and completed by summer 2017. Occupancy of the 135,000-square-foot facility is scheduled to open in mid-2016.

“The company is offering significant scope for career progression, with up to 30pc of Letterkenny staff currently working either remotely or having the option of variable start times. The new job opportunities will include senior IT managers, project managers, business analysts, data scientists, actuaries, accountants and a wide range of technology support and professional services roles.

“I am very pleased to welcome this job creation which is so important to the North West and Border regions, it is a testament to all the hard work and partnership carried out on an ongoing basis by Pramerica, the Dept of Jobs and Enterprise and their crucial work with the IDA, Donegal County Council, and the Letterkenny Institute of Technology. Only recently Pramerica and LYIT teamed up to provide Donegal’s ICT teachers with a master class in coding and programming. This example of working together is a clear demonstration of the benefits that can arise for local communities and the increased use of technology.

“Having regard for the Government’s Action Plan for Jobs 2015, which has a particular focus on regional development, today’s announcement is in addition to the 750 jobs created since this Government was elected – a 41% increase in employment in IDA companies since 2010.

Technology – and access to technology – is essential in attracting businesses to rural areas. As part of the Government’s National Broadband Plan, Letterkenny is to be included in the top ten rural towns for the first phase of Ireland’s first 100% fibre-to-the-building broadband network. The plan has gone for public consultation this month and will go for public procurement by the end of the year to enable the final 30% of the more rural and peripheral areas as part of a Government led intervention.

In addition to the Government’s plan, SIRO, a joint venture between Vodafone and ESB, is investing €450 million in building the network, offering speeds from 200 Mbps to 1000 Mbps to 500,000 premises in fifty regional towns, revolutionising the broadband market in Ireland. This phase is expected to be fully rolled-out by the end of 2018.

“Today’s announcement follows a recent one by Randox Teo and their plans to have 125 employees in An Clochán Liath by the end of 2015 and that an employment target of 450 jobs will be reached by the end of 2020. As Minister for the Gaeltacht, I was happy to confirm that an investment by Údarás na Gaeltachta of €5m in R&D grant assistance would be paid to Randox over a period of 5 years to help assist them in their developments and expansion.”