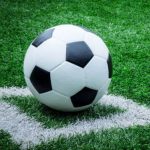 Delegates of the Donegal Junior League clubs met on Monday night at League Headquarters in Ballyare when the format for the new season was finalised.

Sunday League
There will be ten teams in each of the three Sunday Divisions. Promotion and Relegation will be straight forward this season with the bottom two been automatically Relegated and the third bottom team going into the play-off. Likewise the top two will be Promoted automatically with the third top team going into the play-off. This will apply between the Brian Mc Cormick Premier Division and the Watson Hire Division One as well as the Watson Hire Division One and the CT Ball Division Two. The League will commence on Sunday 6th September.

Saturday League
The new structure agreed at the League's AGM will commence in September. No Promotion / Relegation can now happen between these Divisions. One change to the previously announced details is that Kildrum Tigers will not be fielding a Reserve team therefore the Reserve League will contain eleven teams instead of twelve. Teams will play each other twice, Home and Away, in both Divisions with all Saturday teams competing for the newly named Voodoo Venue Cup which has replaced the Downtown Cup after many years. The League will commence on Saturday 12th September.

Cup Draws
Draws for the two Cups were then made. The format for the Brian Mc Cormick Cup remains unchanged with Shield Competitions in the four areas producing the four Cup semi-finalists. The Shield will remain as the season opener with action taking place on 16th, 23rd & 30th August. As normal the Brian Mc Cormick Cup will conclude towards the end of the season. The new Voodoo Venue Cup will be a straight forward knock-out between the twenty Saturday teams. The Preliminary Round is scheduled for 22nd August with the 1st Round on 29th August and the Quarter Finals on 5th September. The Semi Finals and Final will be held to later in the season.