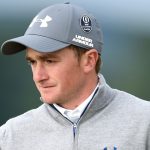 Irish amateur Paul Dunne says he'll learn from his final round at the Open at Saint Andrews.

The 22 year old was joint leader going into Monday's final day but finished tied 30th on 6 under after a 6 over final round.

Dunne says he didn't recover from some poor shots.